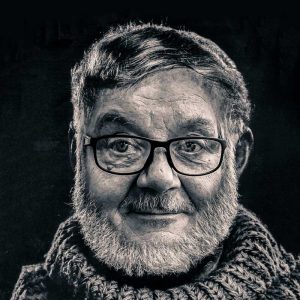 “Raimo Kaukinen is a famous Finnish inventor. He has several internationally recognized patents in his name”

Spede-Idea Oy is a company for developing and manufacturing of technical products.

Famous Finnish film producer Pertti Spede Pasanen and product developer Raimo Kaukinen started the company in the year 2000. By that they already had been working together many years inventing and constructing various equipment and devices.

Producer, scriptwriter and comedian Pasanen had the kind of creative mind which got him to invent also tangible goods. Kaukinen, a master of the hand, had the skill to turn the inventions to products. The creations were as a rule presented to the public in Pasanen’s films and television programs. There were many types of boats, flying devices, household equipment etc. Both Pasanen and Kaukinen have several registered patents to their own inventions.

Raimo Big Bag Dispenser is one of Kaukinen’s inventions. It is distributed worldwide. Another internationally successful invention in which Kaukinen is holding patent is the water tap fitting system Fast Fix.  It is a mechanism which makes installing water taps really quick in comparison with traditional methods. He has also a patent pending to a new Deadbolt lock system  which is to be introduced in USA soon.